So a few weeks ago I had lunch with my Trump-loving parents who, naturally, decided to blather on about how the Chump is “making America great again.”

The conversation started with mom trying to tell me I needed a 401K. She and my dad had this brilliant idea to start me one for my birthday instead of giving me money I can use now, not when my life is over and I’m almost dead. Great idea. It’s not like I need money today or anything.

I can’t get excited over money I can’t have for at least three decades (realistically, more like thirteen at the rate I’m going and social security is being depleted). Anyway, Mom was going on about what stocks to invest in and said something about a company circling the drain. I told her I knew that, if you look at the past few years’ tax filings, you can see the company is losing money and only staying afloat because of the rather large tax break they get from the government. She asked how I knew that, and I told her publicly traded companies are required to make their tax filings public….unlike the POTUS.

“You just thank Donald Trump for saving you money on your taxes.” 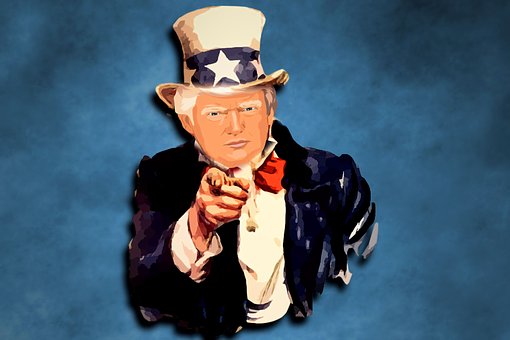 “Well, you just won’t give him credit for anything.”

“Should I give him credit, or our real president, Putin?”

“He had nothing to do with the Russians,” my dad jumped in.

“Great. Then he should have no problem carrying out the sanctions Congress voted to enact on Russia.”

“The democrats and Russia made that story up to make Trump look bad.”

“Uh, okay, so to let everyone know he’s innocent, why doesn’t he, I don’t know, uphold the sanctions that Congress voted on?”

“Because he had nothing to do with it.”

“Uh, that makes no sense. If the Russians were out to get him, wouldn’t he want to punish them for that?”

“No, because we have deals and stuff with Russia,” Mom said. “He gets along with other countries so much better than that Obama did. Other countries like us now.”

“Except the ones he called shitholes?”

“Well, that was to get jobs like yours back from China.”

“Mother, I lost the only decent job I ever had because the company replaced me with a couple ten-dollar-an-hour interns. Here, not in China.”

“It’s cheaper to build factories in China because they don’t have fair labor laws,” I told him. “You want your neighbors working 80 hours a week with no overtime in a sweatshop down the road?”

“That’s not true, it’s because of our high corporate tax rates,” Dad said.

“Anyway, Trump didn’t do anything wrong,” my mom added. “The FBI is out to get him. They’re in a secret society with Hillary and Obama, James Comey, and that other guy who just got fired.”

“Okay, half those people are republicans. So this is a bipartisan conspiracy to ruin Donald Trump?”

And that is some keen insight into the mind of a Chump supporter. 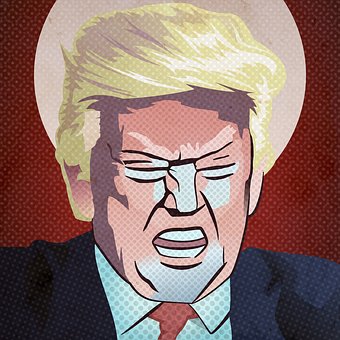 It gets worse. Last weekend I came home and found them watching some speech of his on Faux News. They were both drooling over how fantastic everything he said was.

Mom: “He really does deserve the Nobel Peace Prize.”
Me: We can’t be related. Are you SURE you didn’t find me in a basket on your doorstep?
Mom: I know you voted for Crooked Hillary, but he’s really fixed things with North Korea. Hey, I thought his eyes were blue, why do they look brown?
Me: Because he’s full of shit, Mom.
Dad: It’s okay, we forgive you for voting for Crooked Hillary.

And then, as the TV droned on, I realized why Chump’s supporters are so immune to logic. They have cognitive dissonance, which is where you really like or want to like something even though there are good reasons you shouldn’t, so you try to rationalize it to make yourself feel better. Like when your car is a piece of crap, so you say things like, “At least the radio works.”

Well, Chump’s supporters don’t even have to make the effort to do that, because Faux News does it for them. They don’t just deliver the news, they tell their viewers what opinions they should have about it. I hear a lot of people complain about the “liberal media.” Are there biases in terms of what gets coverage and how much coverage and how it’s slanted? Sure, everyone has biases and journalists are not immune. Nor are gatekeepers, the people who decide what makes it on the news.

But I can’t think of any news organization that makes more of an effort to tell people what to think about the news than Faux News. If Chump says or does something stupid—my bad, I meant when, not if, it’s definitely a when—they either don’t cover it, or they explain why it wasn’t his fault. Sometimes this takes some serious mental gymnastics, like, “The FBI is out to get him. They’re in a secret society with Hillary and Obama, James Comey, and that other guy who just got fired.” Yeah, like that.

There’s truly nothing you can say or do to get through to them. The more logical you are, the more they just change the subject or insist that everything is a lie, except whatever they want to believe. What can you do? Keep pointing it out to them anyway. Don’t make it any easier for them to deny reality. And don’t forget to vote in November!